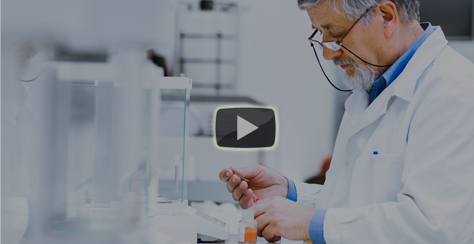 Cancer is a group of diseases characterized by uncontrolled cellular division (tumors) and the spread of abnormal cells. In a normally functioning cell, there are multiple checkpoints and signaling proteins that regulate cellular division and tissue growth. If a regulatory protein is synthesized incorrectly, it is unable to do its job, and the cell cycle bypasses that step, leading to unregulated growth. Chances of abnormal protein synthesis can be increased by external (chemical or radiation exposure, infection) and internal (genetics, hormone levels) factors.

All tissues of the body are susceptible to cancer, and it’s quite widespread in the United States. The National Cancer Institute estimates that approximately 8 million Americans alive today have a history of cancer. One million more will be diagnosed this year. One in every four deaths in the United States is caused by cancer or cancer-related complications. Since 1990, approximately 11 million new cases of cancer have been diagnosed and 5 million people have died of cancer.

Since there are so many types of cancer, and cancer is able to spread to other tissues, symptoms can be observed in every system of the body. Unusual bleeding, extreme fatigue, skin abnormalities and significant weight changes are only a few of the symptoms that can present with cancer.

Once diagnosed, cancer is conventionally treated with chemotherapy, surgery (removal of tumors), hormone replacement therapy, immunotherapy, often being treated with a combination of modalities. However, these treatments each come with their own negative side effects. Many factors impact the number and severity of side effects, though they can range anywhere from anemia to bowel movement complications to delirium. Chemotherapy causes alopecia (hair loss) as well as fatigue and appetite changes. Unfortunately, some of these side effects are almost as bad if not worse than the symptoms of the disease itself.

Pyxis Biologix is currently researching Thymosin Alpha-1 (TA1), EndoAICAR™, Endo-p53™ and other proprietary compounds for their anti-angiogenic and anti-carcinogenic properties.