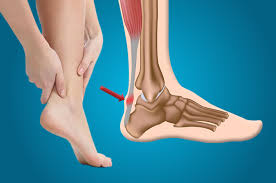 Degenerative disease is an extremely broad category of disease defined by continuous deleterious cellular changes, leading to decreased tissue and organ function. All systems, organs and tissues are susceptible to degenerative disease, ranging from Alzheimer’s to osteoarthritis to muscular dystrophy to rheumatoid arthritis.

Cases of degenerative diseases are currently on the rise. As life expectancy increases, so does the likelihood of chronic and degenerative disease. Degenerative disease onset generally occurs in a patient’s 60s, and on average people in the US didn’t even live to 60 until the 1930s. With patients now living well into their 70s, instances of degenerative diseases are sharply increasing. In 2012 the Alzheimer’s Association (AA) estimated 5.4 million people in the US were living with Alzheimer’s. However, with the baby boomer generation aging, the AA estimates by 2050 there will be 11-16 million Americans living with Alzheimer’s. Arthritis is the most common cause of disability among US adults, and numbers are much higher. The CDC states that 52.5 million US adults, almost 23% of all adults in the US, are diagnosed with some form of arthritis. It is projected over 25% of US adults will be living with arthritis by 2040.

Currently, degenerative diseases are labeled “incurable”, and are instead “treatable”. Doctors utilize various prescriptions and techniques to alleviate symptoms, but little effort is made to combat the disease or regain lost function. Lifestyle changes and physical therapy can be implemented, but more often than not only mitigate the progress of the disease.

One thing these diseases have in common is impaired communication and repair. Pyxis Biologix is dedicated to researching these communication molecules and their applications. We research compounds shown to accelerate repair in all tissue types, and can stimulate capillary growth and circulation to atrophied regions of the body. These proprietary peptides have been shown to simulate growth factor and protect from neurotoxic stress. Studies have also indicated anti-inflammatory, anti-microbial and analgesic effects. These compounds have the potential to not only stop the progression of degenerative disease, but reverse some of its deleterious effects.